Inside my day planner I have written these words: Laborare est Orare. It’s the motto of the Benedictine Order of Monks and it translates: Work is Prayer. But I hadn’t thought, until recently, about how many people are actually praying at work.

It’s not uncommon to hear a co-worker say something like, “Pray that delivery gets there on time” or “I hope to God this deal works out” but most of us don’t suspect the number of colleagues who go to their offices and literally, “hope to God”. 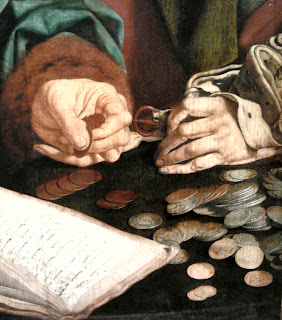 Last year Fortune magazine had a story called “God and Business” about people who bring their Sunday values into their Monday world, and according to Fortune there are a lot of prayers rising up from office buildings all over America.

What is our reaction when we think that someone might actually be praying on the job?
Do we roll our eyes? Feel a sense of quaint embarrassment?  Ask to join in? If we consider that more than 90% of Americans say they believe in God, and 89% say they pray every day, it makes sense that some of that prayer would be in the office.

But you’re not alone if that makes you uneasy, because it’s not a simple thing when God comes to work. Diversity training has taught us that best practice means not trying to whitewash the workplace or removing all symbols of culture and belief but to allow differences to be celebrated and respected. The hard part is that when God goes to work He or She often brings not just the New Age rainbow raiment of acceptance but very often the strident symbols of specific religions and cultures. Even with the best intentions warm and fuzzy spirituality gets poked by the sharp edges of organized religion.

It raises a lot of questions that may not have satisfactory answers. Federal law requires “reasonable accommodation” of religious practices in the workplace. But the trouble is that there are often inherent conflicts.  I have a friend who works with a man, a senior manager in her company, and she wonders if she’s right to worry that his particular religion could get in the way of promoting women. Another friend tells of major conflicts at her company where the deeply religious HR director advocated for a health plan that did not cover contraception.

But walk through the office again and look at office bookshelves or take a peek in your co-workers briefcase and you’ll see books with titles like:  “God at Work”,  “Jesus, Inc.” or “What Would Buddha do at Work”. These are just a few of the new offerings from the fastest growing segment of the publishing industry. The “Inspirational”, and more specifically, “Faith at Work” segments of publishing have grown 31 percent in the last four years. According to Publishers Weekly, the industry trade journal, we’re spending more than $900 million on these books each year.

Clearly we’re looking for some kind of help that the Employee Assistance Program isn’t offering. We want faith in something to get us through the week, and we want to know how to reconcile the prophets and the profits. But it may also be that we’re taking old values and giving them a new spin.

When I read the individual profiles in the Fortune article I was a little dismayed. I had expected to learn how business people who were “out” as believers struggled with the legal and political aspects of their faith, but instead the stories were of people who are, well, simply good people: decent, honest and caring. What struck me was that they sounded kind of old fashioned until I realized that what they had was what we used to call good character.


It looks to me like we’ve discovered some value in our parent’s values after all. But true to form, we’re now dressing up the stodgy old  “good character” in the hipper garb of being spiritual at work.

Relationships-All of It is All of It

When John was diagnosed with cancer shortly after we moved in together people said to me. “Well you have a fairly new relationship and now you are dealing with cancer too. How do you know where the relationship will go, and if it’s really OK?”

And when I thought about their questions I realized that, after a certain age, any time you enter a new relationship you are going to get a surprise—just like getting a prize in your Cracker Jack box. It might be stepchildren, bad credit, chronic illness, job dissatisfaction. It might be a crazy former spouse, or it might be cancer. It’s always something. 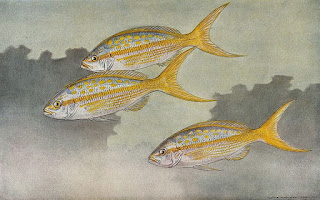 
We don’t know who discovered water but it certainly wasn’t the fish.

Email ThisBlogThis!Share to TwitterShare to FacebookShare to Pinterest
Labels: needs in relationships, relationships in recovery

This week I am feeling anger. The election has shaken me deeply. I am also shaken by the reaction of friends whose reaction seems to be, “Oh well…that’s too bad…big sale at Macy’s on Veterans Day."

What does long-term recovery teach me about this anger? It tells me “restraint of tongue (Facebook) and pen.” I find myself posting and deleting and finally pushing away from the desk. I talk to safe people. I write to my sponsor. And I pray.

I do not pray for the anger to go away. I know that in every faith tradition righteous anger has a place and a power. But I also know I have to sort out what is truly righteous on behalf of vulnerable others, and what are my own personal fears.

I heard this at a meeting ages ago: Under Anger is Fear. That helps me to dig deeper. My thinking changes when I can remember that. If I catch myself feeling anger I can ask, “What am I afraid of?”  And make a choice on what I do next.