Are We Restless or Are We Just Human?

You will hear this sometimes at twelve-step meetings— “We are just restless and discontent.”  The basis of that idea comes from the Big Book and recovering people often turn that into a self-blaming statement and turn it on themselves and others. 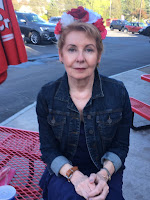 Sometimes I hear this injunction against restlessness said with a suggestion that if one’s sobriety was better they’d not be restless anymore.

Or sometimes, even more damming, if one worked the steps the “right” way then that the damned restlessness would slip away.

But that attitude and belief disregards what philosophers and great theologians have taught us about being human. We’ve learned from Epictetus and Aristotle and even Saint Augustine. Augustine was just one thinker who described restlessness as part of the human condition. He famously wrote, “God you made us as we are, and we are restless until we rest in you.” Augustine was not writing about addicts. He was describing the people that God created.

So, I wonder sometimes if it isn’t a bit arrogant to suggest that if we alcoholics just did our program right then our restlessness would disappear? But we forget to ask, if it left us then we’d be…what? —better than other human beings? Where’s the humility in that?

And I also wonder if we attempt to chase the removal of restlessness like we used to try to chase away uncomfortable feelings-and we did that by using drugs, alcohol, food, work…. you know the list. That’s just addictive “fix me” thinking.

If restlessness is part of God’s creation for human beings, and if we are to be restless until we rest in God, then we might not want to suggest that we have a special path or that we are somehow smarter than God.

Perhaps the wiser, more humbler, and more faith-filled course is to note our restlessness as a sign that we are human and be very grateful for that.
Posted by Diane at 8:32 PM 127 comments: