On March 21st, 1966 Ebby Thacher died in Ballston Spa New York. Ebby was Bill Wilson’s sponsor and the man who first carried the recovery message to a very ill Bill W. in Brooklyn thirty years earlier. Ebby’s role is documented in our Big Book in the chapter called “ Bill’s Story” and in the many history books about AA. 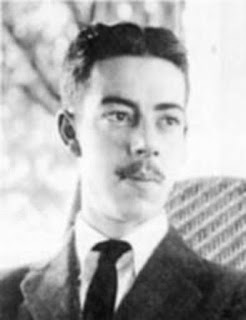 The message that Ebby brought to Bill that cold, damp night was not AA, of course—there was no AA until later that year.

But Ebby offered Bill the message and the practices of The Oxford Group—an evangelical Christian movement that saved souls and saved “drunks”.
Our AA twelve steps evolved from the six similar steps of the Oxford Group.
Ebby struggled to stay sober while Bill and then Bob went on to become the “founders” of Alcoholics Anonymous.

But on this day we must remember that there would be no AA, and no Bill W and Dr. Bob, without Ebby. In that way Ebby was well used by God
We never know the role we are playing in someone’s life or what our momentary actions might mean to something or someone much later.
Thank you Ebby for carrying what you could and doing what you did.
Posted by Diane cameron at 6:44 PM 63 comments:

Recovery in the Time of Virus--Online Meetings

Folks--in my community meetings are canceling and closing in light of the virus and to respect the suggestion for "social distancing". Smart thing to do, but where's a meeting?

It's time to try some new technologies--and some old ones.

Take a look at the link below to see some options for online meetings, phone meetings, conference calla and  Zoom (video) meetings too. 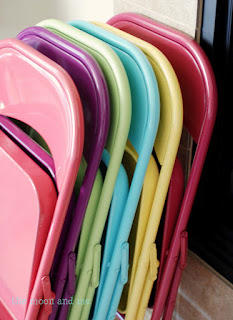 And, it's important to remember right now: newcomers will be having a much harder time and we all know that our substances and behaviors are more tempting.

Use these methods for your own recovery and maybe reach out to one or more new-ish people as well each day.

Remember how it worked when you were new? You called your sponsor every day--or you left voicemail messages just to check in. You said things and trusted you were heard. Your sponsor called back as needed.

Make those same deals now with friends in recovery. Make your voicemail available to others.

And, pull that big blue book off your shelf. What a great time to commit to reading The Big Book cover to cover again. I guarantee you'll see things there you never saw before.

Double the effect by making that commitment with a sober friend and keep checking in, "What page are you on?"

And please, add your suggestions in the comments suggestion.
Posted by Diane cameron at 8:02 PM 110 comments:

So, Holly Whitaker’s book about alcohol and how to quit is on the market. There has been a lot of press and a lot of talking. The talking has tripped into AA meetings, and without naming names it’s been discussed. I’ve been asked, “Have you seen that book by that woman?” Yep. And I knew just who they meant.

I have the book right here, and it’s great. 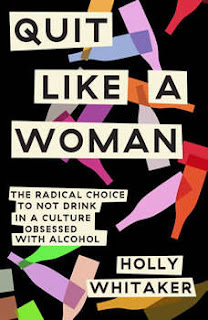 I know, I know…she says some things about AA, and she says AA didn’t work for her, and some people in AA have taken that personally. I know.

But here’s the thing: It’s OK to not like AA.

Whitaker’s book, “Quit Like a Woman—The Radical Choice to Not Drink in a Culture Obsessed with Alcohol” is about—get this—Not Drinking.

I think that is very OK. She tells her story, and she did a ton of research, and she comes down on the side of not drinking. Huh.

And she talks about why she/we are better off without excesses of alcohol and mind-altering substances. She talks about her jobs, and relationships, and her relationship with herself all being trashed by her drinking.

So, if you are sober or love someone who is, you just got to be going, “Go, Girl—tell them.”

Whitaker quotes a lot of Alcoholics Anonymous literature including the Big Book in her book. And I loved seeing all those very familiar words and phrases right there in her pages.

Here’s what I really think: If you are in this “Out of the Woods” club…and that means you have ten or more years of sobriety, you can only say, “Thank God there is another book to help some women stop drinking.” And, “Thank goodness, this Holly Whitaker, is offering an alternative to AA.” Because really, this book is an “outside issue” but don’t we all want lots of people to understand that alcohol abuse and misuse hurts lives and families? And we all know that AA isn’t for everyone. As “old-timers” we are OK with that.

If you’ve been around awhile it means that AA mostly does work for you, and you have plenty of friends for whom it just did not click. So, don’t we all want someone to find their way to their recovery—whatever they call it?

I know, I know....You may be mad because “She said she didn’t like AA”  Most newcomers don’t like AA. Remember when you were new, and you said things like, “It’s a cult” and “they pray” and “It’s about God and I don’t do God.”

So, cut her a break.

The most important part of this very important book is in the subtitle: “The Radical Choice to Not Drink in a Culture Obsessed with Alcohol.”

I think we can all agree she’s got that right, and she makes an excellent and eloquent case for that “radical choice” and that culture and that obsession.

So, read this book. You’ll learn a lot, and you’ll appreciate that she is reaching and educating people that those of us who love AA are probably not able to do.

You go, Holly Whitaker. You wrote an important book.
Posted by Diane cameron at 8:48 PM 71 comments: