I come to the garden alone
While the dew is still on the roses
And the voice I hear
Falling on my ear
The Son of God discloses.

And He walks with me, and He talks with me
And He tells me that I am His own
And the joy we share as we tarry there
None other has ever known.

Does that sound familiar? I learned that song when I was very young and I sang it at home 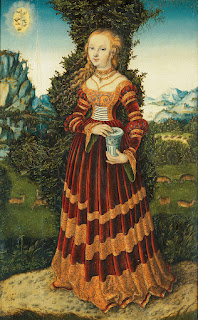 and all through my childhood in United Methodist Sunday School. It seemed a pretty, and nature-based kind of hymn. And it has that sweet “Jesus Loves Me” quality to it offering the reassurance that I am loved and that I personally matter to God --or my Higher Power.

But over the years as I fell out of, back into, and again out of churches and faith communities it was always the hymns of my Methodist childhood that were the containers –and supporters--of my hesitant, questioning faith.

Recently I learned the story of the song and I was thrilled to find there is a feminist core to “I Come to the Garden” and that, in fact, this is an Easter song and maybe even, a kind of a recovery song.

“I Come to the Garden” was written by a pharmacist named C. Austin Miles. He wanted to write a song offering, “rest for the weary.” Ready to compose, he began to read from scripture--John: 20—which is the story of Mary Magdalene and her visit to the garden where Jesus had been buried, and her discovery that he had risen from the dead.

So the “I” of the hymn is Mary Magdalene on Easter morning. It is a song of a woman who had feared the loss of a man she loved so much, the man who had been her teacher and leader, and the loss of what we she believed had kept her safe. In this garden scene –in the song-she is discovering that He and she—and we-- have a resurrection.

In recovery each of us experiences a profound resurrection and the opportunity to live again. Like Mary in that garden, we too have new lives, and we are once again known—and loved.