On April 6th 1917 the US Congress declared war and we entered WWI. It was our first full-scale entry into armed conflict on European soil. War has changed since then and we have changed but there is one constant, which is the sad fact of psychological injuries sustained by soldiers in war. 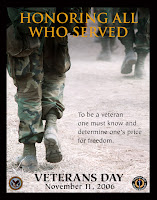 Various authorities—military and psychiatric—put the estimate of “stress casualties” between 25 and 60 percent, though the words we use to describe them has changed over time. Terms have included: Battle fatigue, war neurosis, shell shock, military hysteria, trench suicide and  “LMF” or “lacking moral fiber”. These labels reflect the cultural attitudes of each time period, but they are also influenced by military strategy and even demographics.

In 1917 the US population was at an all-time high. In supply terms this meant there were plenty of soldiers. In that war, where supply met demand, it was not uncommon to find that those who broke down, who froze on the field, who hesitated to shoot, retreated or exhibited any other detrimental behavior were considered to have problems of character rather than injuries.

By contrast in World War II, with fighting in both Europe and Asia putting more than 16 million Americans in uniform, the condition of a struggling soldier was framed very differently. War trauma became an illness, which could be treated or cured.

But beyond the words we use, it’s important to note that there has always been a civilian hand-me-down from the military and the psychiatric casualties of war. The need to keep soldiers on the battlefield or to return them to combat in World War II saw one of the United State’s largest investments in psychology and psychiatry. Through the 1940’s the Pentagon spent millions of dollars for psychological research. That has had a lasting impact
on all of our lives.

The research for that war’s soldiers spilled over and into the fields of advertising, education and even design. 1946 saw the first National Mental Health Act; in 1948 The Snake Pit –a movie about shock treatment and psychoanalysis won 7 Academy Awards, and also that year Psychology Today magazine was launched for the general public. In 1949, the Nobel Prize for medicine went to Dr. Egas Moniz, who “invented” the pre-frontal lobotomy. Today our casual talk of “issues” and “processing feelings” has its roots in the Pentagon’s need. And also for people in twelve-step recovery. The concepts morphed right into recovery and treatment.

More than any other war Viet Nam redefined our beliefs about mental health.  Five years after the fall of Saigon, “Viet Nam Syndrome” was identified, which morphed into Post-Traumatic Stress Disorder, which rapidly generalized to civilians who suffered trauma.

In Afghanistan and Iraq our troops faced guerilla combat with the added stress of suicide bombers and armed civilians. These increase the psychological difficulties, and we are now seeing another reframing of the resulting psychiatric casualties.


Especially today on Veterans Day--we must remember to factor in these injuries when we talk about the costs of war. We must ask how we will label our broken soldiers, how we will care for them-- and what will be changed, now and later.
Posted by Diane at 8:09 AM