Celebrating Day of the Dead

Today I celebrate Dia de los Muertos, the Day of the Dead.  It’s not a holiday I grew up with but one I’ve borrowed from the Southwest and Mexico. And it’s become one of my favorite holidays –in part because it’s a good spiritual counterpart to Halloween. Except for the candy, October 31st doesn’t leave much for grownups.

Being scared of goblins and ghoulies lost its sway when I got old enough to lose people that I loved. The dead just aren’t scary in the same way anymore. In fact, I’d welcome a visit from many of them.

That’s what Day of the Dead is about. There is a belief that on this day the veil separating this world and the next is thinner and so it’s a time we can be closer to those that we love who are dead.

Day of the Dead celebration centers on rituals for remembering loved ones. We can visit 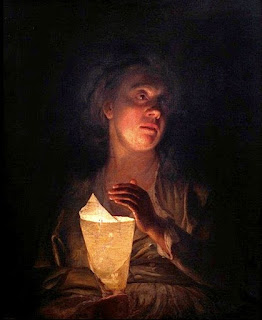 them in our imagination or feel their presence. It can mean prayer or conversation, writing a letter or looking at old photos. The tradition that I use includes making an ofrenda, or altar, something as simple as putting photos and candles on the coffee table and taking time to talk about these loved ones and remember them. We also have spicy hot chocolate as a symbol of the sweet and bitter separation from those we love.

A ritual is a way of ordering life. Whether Purim or Advent, hearing Mass or saying Kaddish, small ceremonies help us sort and reframe our memories. When someone dies the relationship doesn’t stop, it’s renegotiated, literally re-conceived.

No, this isn’t a very American idea. Culturally our preferences are for efficiency and effectiveness; even with grief we use words like closure and process.

I remember my frustration when I was grieving the loss of my brothers and sisters and my truly well-intentioned friends would suggest I move along in my process and they quoted (really, misquoted) Elizabeth Kubler-Ross. The simplified version of her theory lists stages: Denial--Bargaining--Anger--Depression, and Acceptance.

But it’s false to create an expectation of five discrete steps. This listing implies order and that a person can move from point A to point B and be done. That makes grief into an emotional Monopoly game where you go around the board, collect points and get to a distinct and certain end.  This false notion of linearity is apparent when we hear people judge someone who is grieving, “Oh she missed the anger stage”, or “He hasn’t reached acceptance yet.”

I always thought that “losing a loved one” was a euphemism used by people who were afraid to say the words dead or died, but after losing my brother Larry I know that lost is the perfect word to describe the feeling that follows a death. Something just out of reach, still here, but also gone.

Though he died years ago my feeling about my brother is that I have misplaced him; It’s that sensation of knowing that my book or that letter I was just reading, are around here somewhere…if I could just remember where I left him.

I think this is why we can sometimes be so hard on the grieving, and why we want them to go through those stages and be done with it. We love closure and things that are sealed and settled. But death and grief, for all their seeming finality, are not as final as we would like.

So tonight I’ll make cocoa and light candles; we’ll look at pictures and tell stories. We’ll take family pictures into the living room and we’ll open up the family albums. And we’ll laugh.

The root of the word grieve is heavy. We carry our dead as a cherished burden. Death may end a life but not a relationship. Who would want to close the door on that?
Posted by Diane at 1:59 PM

Email ThisBlogThis!Share to TwitterShare to FacebookShare to Pinterest
Labels: Day of the Dead, grief, remembering loved ones.