The Science of Gratitude

In the past few weeks gratitude has been a regular topic in meetings. And when a personal struggle is mentioned the recommendation is often, “Make a gratitude list” as a way to shift one’s perception.

When I was getting sober in Baltimore I used to hear this from the old-timers: “Make a gratitude list and start with, “I am not on fire.” That works.

But it’s also true—as with much other good newcomer advice, that we get too smart and we demand fancier solutions. So maybe when we hear "gratitude list", we might roll our eyes (even just on the inside) or think, “I know, I know” but not actually make the list. 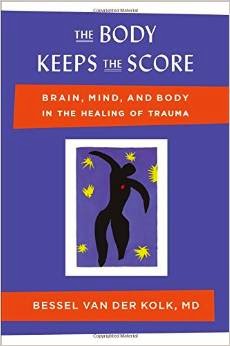 speaks to the neurological role of gratitude in healing trauma and in shifting perception. He calls it, “States and thoughts of appreciation.”

Van der Kolk says this about using gratitude lists: “States and thoughts of appreciation take our system into coherence. Hence gratitude is healing.” By coherence he means the alignment of the Vagus Nerve (running stomach to brain), which we now know, plays the central role in regulating our emotions and aligning perception, feeling and behavior.

An interesting medical side note: all of those ancient beliefs about where the center of knowing existed always said “in the gut”, hence “gut feeling”, were quite accurate as they understood the role of the Vagus Nerve—long before it was named and claimed.

So when your sponsor says “Make a gratitude list” take it as medical advice. You could save a co-pay, and even see some physical complaints resolve by simply, putting pen to paper and starting with:

Read more about gratitude, sponsors and recovery in "Out of the Woods--A woman's Guide to Long-term Recovery." http://www.amazon.com/Out-Woods-Womans-Long-Term-Recovery/dp/1937612473

Email ThisBlogThis!Share to TwitterShare to FacebookShare to Pinterest
Labels: Bessel van der Kolk, gratitude is a practice, healing trauma, science of gratitude, trauma and the brain