Restraint of Tongue and Pen

The best advice at work and at home is to practice restraint of tongue and pen. And today we might add:    “…and restraint of keyboard, email and Facebook.” In most cases what is not said is safer and kinder than what is said.

One of my early sponsors used to say to me, “Don’t worry about doing any new stuff, just don’t do anything that you are going to have to make amends for.” In most cases that meant: Don’t say it. Don’t write it. And this, which I also love:

“I don’t have to go to every argument that I am invited to.” 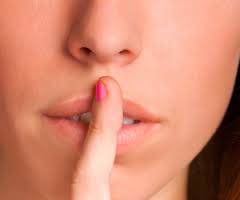 By now you have learned your own body’s signals, the things that tell you that you need to be in the restraint mode: accelerated breathing, talking fast, eye rolling and and the clear sign: you are talking to people who are not in the room (or in the car) with you. When you are alone but “rehearsing” your arguments, like, “I’m gonna tell her this and this and this..” And then you do it again adding emphasis, or nastier words, that is your cue to toss the cell into the back seat or pull over and call your sponsor.

Most of the time when I am in that state I am willing to text my sponsor but really—it is much better to make a phone call—even if you get voicemail—because just hearing yourself say out loud what you want to say to that Bad Person, or Awful Coworker or Selfish Family Member will get the attention of your own wiser, recovered self and you’ll be laughing by the end of the call.

And thank God! Because, really: Do you want to be making more amends? You did that at year 3 and five and ten and you don’t want more. And you don’t want to be the one at work who has “issues” or that everyone has to tiptoe around. So use my old sponsor’s wisdom: Do not say or write (or text, or reply) anything you will have to make amends for later.


When times are tough put this note on your laptop screen or add a screensaver that says: Restraint of Tongue and Pen!
Posted by Diane at 1:31 PM

Email ThisBlogThis!Share to TwitterShare to FacebookShare to Pinterest
Labels: amends, change and recovery at work, making changes, restraint of tongue and pen.