Ebby and Bill Work the Steps 80 Years Ago Today

Today is a special day in AA history. On this day, December 14, 1934, --80 years ago--Ebby Thatcher came to visit his old drinking buddy, Bill Wilson, and in Bill and Lois’s Brooklyn kitchen Ebby gave his testimony and took Bill Wilson through the Oxford Group conversion process.

This is what, today in AA, we call steps 4, 5, 6, 7 and 8. It was Ebby’s gift to Bill and that gift that has been passed on to all of us, and on to the millions of people in twelve-step programs. 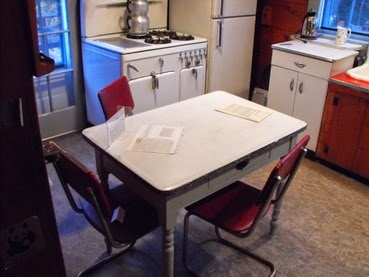 In the Oxford Group members would take all of those steps in one evening: The inventory, the confession, the examination, and then making the list of people harmed. Then, encouraged by a sponsor, new members went out to make restitution—later called amends.

Ebby was Bill’s sponsor. It began there December 14th—one drunk helping another. Bill was willing. He saw something in Ebby. He wanted what Ebby had.  From this start we get Bill W. committed to sobriety. And you know the rest of the story.


Eighty years ago--from a cold flat in Brooklyn to the rest of the world.  We know that Ebby later struggled. But we also know that there would be no Bill Wilson, and no Alcoholics Anonymous, with out Ebby. He was was well used by God. Thank you Ebby.
Posted by Diane at 4:30 PM