Acting as if has helped me many times. It’s a great tool to shift from negative to positive thinking, and it is a way to invite the changes we are making to shift from being intellectual concepts to be fully embodied parts of us. 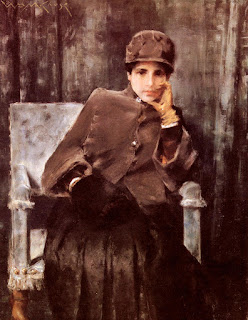 Act as if is closely related to “Fake it till you make it” which I first heard in Alanon. In that program the “faking” I had to do was to act like I felt detachment when I was still clinging and craving.

There are still many times when I tell myself to act like a writer and teacher when my confidence is missing in action.

These ideas are not new and they are not unique to Twelve-Step thinking. Like most AA
wisdom the idea of acting or faking our way to growth and change has been around a long time.

Aristotle wrote, “We acquire virtues by first having put them into action.”

Many years later the philosopher William James expanded on the connection between how we act and how we feel wrote, “Action seems to follow feeling, but really action and feeling go together. By regulating the action, which is under the direct control of the will, we can indirectly regulate the feeling, which is not.”

It’s worth noting that early AA’s devoured the writings by William James, especially his book, “The Varieties of Religious Experience.” Bill Wilson was enraptured by these ideas of the early psychologists in the James circle.

Then, translating for a modern sensibility, Timothy Wilson at the Universality of Virginia said, “One of the most enduring lessons of social psychology is that behavior change precedes changes in attitude and feelings.”

Look at that again: “Behavior change precedes changes in attitude and feelings.” If you don’t like how you feel first change your behavior. It’s so simple but still hard to really get it. Don’t wait around to feel better; act as if.

Yeah, “act as if” is much easier said than done. But maybe make it an experiment. And here’s a bit of crazy contemporary proof: Research over many years has now shown that people who use Botox are less prone to anger, and it’s because they can’t make angry facial expressions.

One tiny caution: “Act as if” shouldn’t be used with your finances. Don’t spend money you don’t have and don’t charge-card yourself into debt. But even there you can act more generous than you feel by donating or tithing and the feeling of generosity will follow.

So I’m making these notes to myself this week: Act like I love to meditate, act like my body craves yoga, and don’t wait to feel like writing: Just go do it and watch the feelings follow.

***
More on how we make changes in recovery in the book, "Out of the Woods" published by Central Recovery Press.

Email ThisBlogThis!Share to TwitterShare to FacebookShare to Pinterest
Labels: act as if, action, changing habits.

I am sharing this testimony to partners suffering in their relationships because there is an enduring solution.
My husband left me and our 2 kids for another woman for 3 years. I tried to be strong just for my kids but I could not control the pains that torment my heart. I was hurt and confused. I needed a help, so i did a research on the internet and came across a site where I saw that Dr ajeghe a spell caster, can help get lovers back. I contacted him and he did a special prayer and spells for me. To my surprises, after 2 days, my husband came back home. That was how we reunited again and there was a lot of love, joy and peace in the family.You can as well contact Dr ajeahe , a powerful spell-caster for solutions on his contact ajeghespelltemple@gmail.com You can also . His Blog> https://ajeghespelltemple.blogspot.com

Do You Need A Powerful Africa Native Doctor? I Mean A Spiritual Herbalist
With Great Spirit Connected To Ancestors. Call or WhatsApp +2349058774809 Dr Obodubu Monday Is A High Voodoo Priest Master. He is a Spell Caster, Native
Doctor, Spiritual Herbalist, Powerful Sickle cell Healer, Spiritual
Astrologer, Psychic Reader, Multi Guru, Witch Doctor, Priest Of Africa
Money Ritual.
Have You Been To Native Doctor to Native Doctor Without Any Solution To
Your Problems Or Rather Add To it? Have You Been To Place To Place In View
Of A Powerful Native Doctor That Can Solve All Your Predicament, You Must
Understand That There Is A Native Doctor That Supersede All Native Doctor
Among All Native Doctor, If You Are In Search Of A Powerful Native Doctor
With Great Spiritual Powers, Then You Must Be In Search Of A Native Doctor
That Derives Power From The Marine World. That Is The Spirituality Of The
Greatest Africa Native Doctor Obodubu.
Dr Obodubu Is Recognized All Over The World Of Marine Kingdom, As One
Of The Top Fortunate And Most Powerful Native Doctor Of Charms Casts From
The Beginning Of His Ancestors ship Until Now Dr who lives Strong
Among All Other Native Doctors, There Have Never Been Any Form Of
Impossibility Beyond The Control Of Dr Obodubu. It Doesn't Matter The
Distance Of The Person With The Problems Or Situation, All You Have To Do
Is Believe
In The Native Obodubu charms Casts That Works, He Always
Warns Never To Get His Charms Casts If You Do Not Believe Or Unable To
Follow His Instruction.
It Is The Assignment Of The Native Doctor Obodubu To Offer
Services To Those In Need Of Spiritual Assistance Not Minding The Gravity
Of Your Situations Or Distance As Long As Water, Sea, Ocean, Lake, River
Sand etc. Are Near You, Then Your Problems Of Life Would Be Controlled
Under Your Foot.
If You Need Any Spiritual Help On Any of These:
Get Your Lover Back
Fruit Of The Womb
Fibroid
Business Boom
Financial Breakthrough
Get Rich Without Ritual WhatsApp +2349058774809
Do As I Say
Bad Dream
Promise And Fail
Epilepsy
Spiritual Attack
Land/Court Case
Mental Disorder
Political Appointment
Visa Approval
Cancer
Examination Success
Spend And Get Back
Good Luck
Natural Health
Hypertension
Diabesity (Diabetic+Obesity
Stroke
Sickle Cell
Impotency
Win Court Case
Promotion At Work
Commanding Tone
Protection Ring
Marriage Success
Love Ring
Favour Ring
Recover Lost Glory
Spiritual Power For Men Of God
Travel Success Ring
Job Success
Lotto/Pool Win And Many More.
Make Haste To Call or WhatsApp Dr Obodubu Monday +2349058774809. Or Mail Him to
babadoctorobodubuspiritualhome@gmail.com For Spiritual Problem Today And
You Will Surely
Get Solution To All Your Predicament.
Email: babadoctorobodubuspiritualhome@gmail.com

Hello everyone, I am Mia. from Oklahoma USA, I want to use this medium to appreciate Dr Ogedegbe the great black magic spell caster for the successful death spells he cast on someone for me. I contacted him when my husband left me for another woman who uses witchcraft power to take my husband. I was desperately in need of help when I found his contacts online about his genuine powers. I told him my situation and how I wanted the bitch who took my husband gone. He told me not to worry. He cast the death spells ritual on her and the bitch died in her sleep within 24hours. Now my husband  is back home and we are living happily. Thank you so much Dr Ogedegbe, You are so real and true. Below are his contacts in case you want to contact him via email dr.ogedegbe6@gmail.com or Call/WhatsApp:  +2348109374702....
he also render the following services.....LOVE SPELL....LOTTERY SPELL....PROMOTION SPELL...etc..