Those Who Simply Help

An image kept coming to me this week and I didn’t know why. When I Goggled the incident  that I kept remembering it turned out that it was an anniversary.

Years ago I lived in Washington, DC. I was there on the cold January day in 1982 when the Air Florida flight crashed on take off from National Airport, not far from The White House, and clipped the bridge before it hit the water dragging cars from the bridge into the freezing Potomac River along with many passengers from the plane.

That terrible day many of us watched the local TV news footage over and over and over. The TV crews were right there as it happened and you could see cars on the bridge and in the water.  People all over the DC Metro Area were looking at the TV reports for hours and studying the film and trying to identify the color and make of their loved ones cars. It was rush hour and everyone was late getting home from work. Were they on the bridge? In the water? Hurt? There were no cell phones. The desperation was terrible. 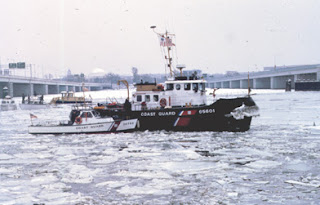 But the other piece of TV news film I saw hundreds of times in that week was the “rescue” of Patricia Triado by Lenny Skutnick. I will always know their names. A police rescue plane was trying to get Triado out of the water—the Potomac River—but in the cold and hypothermia she could not hold onto the life ring the plane dangled over her and she kept slipping and slipping…as TV viewers we watched over and over as this frozen terrified woman try to hold on and then slipped away.

What the film catches—almost in the background --is a man walking toward the crash...he one of the many bystanders. But this man is walking toward the riverbank and we can see him as he sees Patricia Triado slip again and again back into the freezing water. The incredible thing is that the man does not pause, there is no hesitation, no calculation. This man who is moving toward the river sees (the video is so good that we can see him seeing) and he begins to run to the water and jumps in and begins to swim to her. He gets her and is trying to pull her to shore…now he is quickly freezing and paralyzed too but he is able to get her in reach of other rescuers who have been on the shore the whole time.

Lenny Skutnik never hesitated. He saw her struggle and he moved into the water.

Later we learned that Patricia Triado lost her husband and baby in that plane crash. The survival must have been awful for her. Would she always wish she had fallen from the rescue ring and died with her family?


The image of Lenny Skutnick simply moving toward Patricia Triado without thought or calculation stays with me. This week, seeing a family near me struggle with grief, and trying to be of some help, also triggered the image of Lenny. I want to be someone who doesn’t say, “Looks like she needs help" but who simply moves forward, even if the water is too cold.

***More on service and how life changes in recovery in the book, "Out of the Woods" published by Central Recovery Press.