This Girl's Life--Literature Can Heal You

I have long believed that literature has healing properties. And in recovery I’ve discovered that we need a lot of books, the “conference-approved” ones and the self-help experts and the classics including the dead white guys.

A great book that I have returned to recently is “This Boy’s Life” by Tobias Wolff, who, in telling his family story, offers not advice or platitudes but the power of his story resonated so deeply in me that I felt seismic shifts –shifts in the strata where the 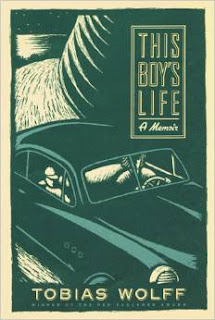 Here is a short excerpt from Wolfe:

“I missed my father…He had the advantage always enjoyed by the inconstant parent, of not being there to be found imperfect. I could imagine good reasons, even romantic reasons why he had taken no interest, why he had never written to me, why he seemed to have forgotten I existed……

This way of thinking worked pretty well until my first child was born. The first time I saw him in the hospital a nurse was trying to take a blood sample. She couldn’t find a vein. She kept jabbing him, and every time the needle went in I felt it myself…When I finally got my hands on him I felt as if I had snatched him from a pack of wolves, and as I held him something hard broke in me, and I knew I was more alive than I had been before.

But at the same time I felt a shadow, a coldness at the edges.  It came upon me again that night, so sharply I wanted to cry out. It was about my father ten years dead by then. It was grief and rage, mostly rage and for days I shook with it when I was not shaking with joy for my son.”

Many times over the years in therapy and recovery groups I’ve listened as another adult has described how they too sat at the top of the stairs in their childhood home listening to parents who were drinking and fighting and hurting each other. I recognized the tense scene and the slumped, scared posture of the one clinging to the banister.

That recognition and recall was so easy and so visceral that I began to count these recovering adults as my psychic siblings. “Oh another one from my house,” I’d think, in a meeting. We, group members, might even say to each other and of ourselves, “We grew up in the same house.”

It was shorthand to acknowledge that we knew at the heart and soul and scar level what that person was describing. When I read Tobias Wolff’s paragraph above I thought, “Oh, he is one of us too.”
What moved and impressed me was his ability to tell this story without pointing out the psychological dynamics. “Show don’t tell”, writers are told. He shows.

My father also was the absent and perfect one in my family. He was at work, on the road, in West Virginia or New Jersey when the rest of our lives were being torn apart at home. I needed my father to be good so that I could believe that I had at least one good parent.

Almost ten years after my fathers death I married a man with children, two young teen sons who lived with us. I saw this man love me AND also care for his children and it nearly drove me mad.

I experienced the same shaking rage that Wolff describes: That a man could protect his children in a loving and decent way was almost too much to bear because it forced me to see what was possible. I was shattered by being that close to a caring father and it brought out feelings of grief and hatred and finally shame because I still was not ready to admit that my father had let me down. I did not know why watching Danny and Matt being loved by their father drove me out of my skin and finally out of their lives.

It took more years and more losses and hearing others in recovery describe this phenomenon, and it took good books like “This Boy’s Life” to understand what my pain was about.
Posted by Diane at 6:20 PM