AA When You Go Away

Do you take your recovery on the road? There are many ways to do it: Pack the literature. Make sure you have your sponsor’s number in your phone. Check the changing time zones and confirm that you can call her or plan to send texts back and forth.

And of course—go to meetings in new places. Going to twelve-step meetings in new places is one of the joys of recovery—and it’s a travel pleasure that non-recovery folks just don’t get the benefit of. It’s been my experience over and over that AA trumps Triple A (the American Auto Association) for travel info every time.

Please ahead—Google “AA in _____(your vacation destination here)”. And you will get a meeting list and contact phone numbers. Big cities, beach resorts, international trips and in teeny tiny villages too. And always on cruise ships. Typically in rural areas you’ll get a personal contact and probably a ride to meetings if you’d like that.

Going to a meeting on vacation keeps your recovery fully charged, of course, and it keeps 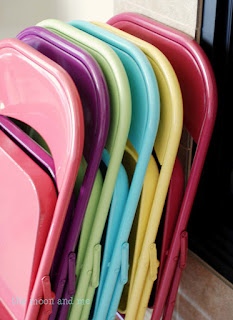 you balanced against bad food, late planes, time zone tiredness, and maybe even the temptation of one or more addictive substances. Maybe a fancy beachside cocktail with flirty umbrella doesn’t tempt you but you are about to be undone by the chocolate in Belgium. Any good 12-step contact is going to be your sounding board and helpmate.

And speaking of Belgium, Paris, or Munich…it is a ball to go to a meeting in another country or language. You will be so welcome and welcomed. And if you raise your hand and say that you are visiting you’ll have a chance to ask for info on ticket lines, recipes, which ferry to take, and where the locals shop for those fabulous scarves. Twelve-step meetings are a treasure trove of tourism info…you might even get invited to dinner or a performance or a sale. I’ve done all that and more in other countries. We are a great big family—even on vacation.

And if you happen to be traveling with actual relatives (husband, teenaged kids, mother-in-law, sister-in-law!) saying “I have to go to a meeting” gives you a guaranteed free pass and a chance to improve your mood and shift your perspective. You, and they, will be glad when you get back to the hotel.

Email ThisBlogThis!Share to TwitterShare to FacebookShare to Pinterest
Labels: AA in Europe., AA on vacation, AA when you travel

Sugar and Sponsorship--Ask Yourself This Question

A young man in India was suffering from health problems due to his love for sweets and sugar. His mother tried everything she knew to change his eating habits, but he could not, or would not, change. It seemed that the more she got after him, the worse his problem

Finally, at a loss for how to help him, she took him to see Gandhi, whom she knew her son admired. “Mahatma,” she said, upon reaching him, “my son is in ill health because of his love for sugar. Could you please tell him to stop eating sugar? Perhaps he would listen to you.”
Gandhi paused for a moment, thinking. Then he looked at the woman and said, “Madame, bring your son back in three weeks. Then I will speak with him.”
Three weeks later, the mother again traveled with her son to see Gandhi, whereupon he told the boy to stop eating sugar. “Why did we have to wait three weeks for that?” the mother asked, before leaving.
“Madame,” Gandhi responded, “three weeks ago, I was still eating sugar.”

I heard that story read last week in a class I’m taking. After we heard the story our teacher asked the class, “Where are you still eating sugar?”
And of course I immediately thought of the gummy fish, and licorice sticks that I love to gnaw on. But I also understood that Gandhi—and my teacher—was talking about something more than sucrose consumption.
This week I’m thinking a lot about sponsorship. I love having a sponsor and there hasn’t been much time in my years of recovery that I’ve gone without one. But again and again I have lapsed in being a sponsor. This week I am reminded why it’s really important to both have a sponsor and be a sponsor.
And it has a lot to do with Gandhi’s wisdom and the question: Where are you still eating sugar?
I have two sponsees right now and as they talk to me about their experiences as recovering women I do feel like I have a lot to share. I work at my recovery, love step work and I’m committed. But I was brought up short (sugar) twice this week by the advice I heard myself offer the women I sponsor.
In one case I was explaining the importance of Step Ten and actually doing a tenth step. Using pen and paper and writing a mini inventory at night—“We write…” I quoted, yeah, it says, “we write…” As a spiritual director I know that this practice we call Step Ten comes

from the Ignatian practice called The Examen. It’s that old—much older than AA. And there’s a reason we do that in writing or out loud with another person: we do it so we really hear ourselves.

So I was going on and on with that sponsee and suggesting a few short questions she might journal about each night, and after I got off the phone I thought, “Whoa—do I do what I am telling her to do?” And the answer was “not really.” So, I needed to start doing a nightly Step Ten both for my recovery and to have some integrity as a sponsor.
With another sponsee, I was talking about relationships with coworkers and trying to see each person as a person, how to be both caring and detached—to find that royal balance: care about the person but detach from, “Do they like me?” and “Is she wrong?” and I heard myself advise, “You have to pray for your coworkers.”
Yep, again I looked at my emotional self and I had “sugar” all over me. I knew I needed to pray for my colleagues.
Maybe I would have gotten there through reading recovery literature, or I might have heard those good suggestions in a meeting. But being a sponsor holds up a great big mirror and asks me, “Are you still eating sugar?”
Posted by Diane at 8:51 PM 4 comments:

Email ThisBlogThis!Share to TwitterShare to FacebookShare to Pinterest
Labels: Examen, self awareness, self examination, sponsorship

The Upside to Trauma--Post Traumatic Growth

The odds are pretty good that if you are in recovery you have either experienced trauma or were a participant in trauma. Many of us come from families that are "dysfunctional"--the euphemism for addicted, abusive, neglectful--all fine grounds for trauma.

We might have experienced trauma in our home as children or we used alcohol or drugs to cope with some trauma in our young lives. Some folks teeter on the edge of full blown addiction and then topple right over the edge after a traumatic experience. It's also possible that we created trauma for others. Drunk driving, bad parenting, erratic behaviors fueled by substances---sometimes the trauma we cause is, in it's own way, also traumatizing.

So we know the word and we've probably used it's cousin: PTSD--Post Traumatic Stress Disorder.

The work of recovery helps us with trauma. We admit powerlessness, we surrender, we grieve, we own our side of the street and we endeavor to change. But we also fear that constant hard work and vigilance is the best we'll get. Or that other word, "resilience". Not a bad thing, but still…where is the promised "happy, joyous and free"?

Except that sometimes we do feel that, and then maybe we wonder, "Am I in denial?" If I have a trauma background shouldn't I be struggling all the time? That's been the message for years--for those of us abused as children, as adults, or who faced military traumas or horrific accident or illness.

Now we have a new word for "happy, joyous and free" after trauma. It's this: "Post-Traumatic Growth" and it is the recognition--with very serious scientific backing--that some of us get stronger because of trauma.

We know that old quote, "stronger in the broken places" but that always felt like a platitude. Until now, tonight. Tonight I am tearing through a brand new book--published today! -that makes the case for a life even better than simple resilience following trauma.

The new book is called, UPSIDE, and the author is Jim Rendon. 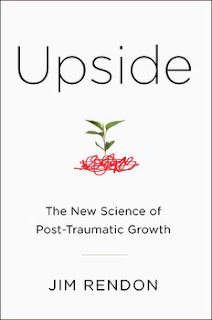 Rendon spent years interviewing social scientists, physicians and survivors of trauma, and his book combines all of learning to show us that it is truly possible to thrive and not just survive trauma. This book is hope in hard-cover for so many of us, and it is validation as well, that being happy after trauma is not a sign of denial.

This is going to be an important book for therapists and coaches and counselors and especially for folks in addiction treatment, so we can back up our promises with science and research, when we say that no matter what happened, you can be happy, joyous and free.