Years ago, in the beginning of my recovery, I heard an AA speaker talk about how recovery unfolds layer after layer. And, he said, it's kind of like a game show: you can choose to stop at any point, take the recovery you have so far, and go home. Some people want abstinence, some want abstinence and peace of mind, some want better work or relationships or social lives…and some—and I knew this this was me, want “the whole enchilada.” 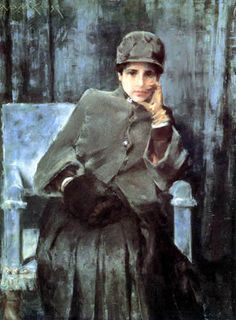 At that time I named that my “all-encompassing recovery”, maybe what you might call “holistic recovery”. I wanted freedom from alcohol, drugs, compulsive eating, and “loving too much”.

I knew, almost before I really understood it, that there was a common root to my addictions and if I was going to pull out that root I’d have to face down all my addictions and troubling behaviors. And now of course, we know that the roots are tangled in myriad forms of fear.

This week a friend who is a personal trainer posted this phrase on her page: “I didn’t come this far to come this far.” She meant that in terms of weight loss and getting in shape but immediately that phrase took me back to my “all-encompassing recovery”

Today that “all-encompassing recovery” means: physical, emotional, spiritual, financial, mental, social, and work/career/dharma—what we do in the world. Yes, that’s a lot to look at, but in long-term recovery we can have a long-term perspective, and we have the time to do a lot of that work. It’s also true for folks with long recovery that the relapse possibility is hiding in that list above. Your weakest area: financial, work, social, spiritual or physical will take you out. Hence, “constant vigilance” means more than staying away from bottles and bars.

That personal trainer also made me think about something else: What many recovering people often miss is physical recovery—not just the “not using” but true health and wellness. And physical concerns are an enormous threat to relapse.

We also live with the sad paradox that recovering people used to spend untold amounts of money to hurt themselves with drugs, alcohol or binges but then won’t later spend on their physical healing: the gym, yoga, massage, acupuncture, Reiki, a health coach etc.


You can be a spiritual giant but physically unwell. Or you can choose holistic recovery and make it fun to work on all the parts. You have come this far, so keep on going!
Posted by Diane at 8:36 PM No comments:

Why Take Our Recovery to Work

I’ve been writing about “taking recovery to work” for several months now. This morning in my quiet time I found myself—again—praying about a situation in my workplace, and I thought, “Hmmm, I don’t hear a lot of people talking about this.”

We do hear recovering people talk about resentments that kick up at work, or jobs they got or jobs they lost. Sponsees call me when they want a new job or maybe about money worries connected to their ability to earn. And we also hear a lot of joking about work, “Boy, I would love to say XYZ to my boss.” Etc.

But why is it we don’t –often enough—bring our recovery to work? 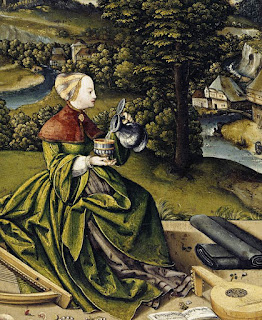 Early in recovery we focus recovery on our physical health—“help me to stop using/bingeing/drinking/smoking. And then, soon after we start to apply recovery principles to our relationships—the most urgent ones first: our partner, our kids, our ex-partners, and then maybe to other relatives and then to friendships too.

We, if we are lucky and diligent, see the patterns in our own behavior. And we know, when we face our role in those relationships, that we cannot do it alone. We need to have the help of a loving sponsor and maybe a small group of dedicated recovering friends. Folks who will not enable us.

But, it seems, bringing this same focus on ourselves and with recovery principles, to who we are at work comes very late if at all. You may have thought, as I have at times, listening to an old-timer in recovery—speaking truth, humility, love and gratitude—“I could never be that person’s coworker”, as they reveal how opposite all of that they are in the workplace.

So what’s going on? Maybe it is Maslow’s hierarchy of needs: we take care of ourselves, then partners, then kids, then social life first. Or maybe we imagine that work falls into some other category, or that people at work are outside recovery? But can that really be?

I think bringing a focus to recovery at work is crucial if only for the simple, self-serving reason that work is where we spend most of our time, and where so much of our stress comes from.

Now, to be clear, I don’t write about recovery at work because I have it figured out. Nope. I don’t have answers as much as I have questions. And because even with 32 years in Twelve-step programs I am still baffled on many days and genuinely tortured on some.

I try to sort out what recovery suggests to me as an employee, as a boss and supervisor, as a colleague, and as a team member, and what does recovery mean when I am successful and also when I am unsuccessful, and when things at work are fair or unfair? And would I know the truth of that with out deep recovery work?

So please join me in this. Ask questions, make suggestions and please share ways that you bring your recovery principles and practices to your workplace.

***
Read more about long-term recovery in "Out of the Woods--A Woman's Guide to Long-term Recovery". Published by Central Recovery Press.

What They Read When AA Began--Oswald Chambers

It’s often a shock when people in recovery realize that the early members of AA did not have the Twelve Steps and The Big Book. We sometimes take for granted that the language we speak in recovery today must have been the mother tongue of the recovery movement but it was not.

We know from our Alcoholics Anonymous history books that the first guidelines presented to guide personal change were the six steps of The Oxford Group, which was the organization that gave birth to AA. This was the basis used as Bill and Bob began to form the new organization, and the Big Book—initially intended as the first business venture of the new organization.

(You may recall that Bill was selling stock in AA before the others were able to rein in the natural instincts of Bill the stockbroker and dealmaker. Thank Goodness for Doctor Bob and his insistence on anonymity and humility.)

So, what did those earliest members read and study? Primarily the Christian Bible, and the writings of Christian theologians and preachers,. They also read, almost a counter balance, the works of psychoanalyst Carl Jung. Today we know that so many of the practices and directives that we live and prescribe,  are from Jung.

But the “big” book that all of the early Oxford Group members, and early AA’s,  read was a daily devotional called, “My Utmost for His Highest,” by Oswald Chambers. This small blue book is still available and can be found in l recovery bookstores, and, interestingly, in every bedroom at The Wilson House –Bill Wilson’s birthplace and recovery retreat center in East Dorset, Vermont.

Oswald Chambers was an evangelical minister, writer, teacher and World War I chaplain. His small book promoted surrender, faith, trusting God with your life, and daily practices of private prayer and meditation. The Oxford Group in Europe found him and his book, “My Utmost for His Highest” became their daily reading, hence becoming daily reading for the early AA’s.

The osmosis of Chambers powerful messages fed the development of language and literature through The Oxford Group and then into the next generation of evangelical advocates who worked with “drunks and drinkers.” From them it came into the language and habits of today’s Alcoholics Anonymous—and from there into all those groups that end with an “A”—OA, NA, DA, etc.

What did Chambers ultimately contribute to our recovery movement? He gave us much of our practices and thinking around how to know God’s will, and how to understand God in your life, though today we substitute “Higher Power” for the word “God”.

Chambers also promoted “The Quiet Time” for his followers—that is, daily, private prayer and meditation.  Chambers also wrote about “the fellowship of the Sprit” --not the kind of social fellowship we speak of today, but as an internal way of being with the Holy Spirit of God. But his language transcended to our use today.

I came back to Chambers recently and his “My Utmost for His Highest” because of a powerful new memoir written by Macy Halford and published by Knopf this year. Halford, a writer for the New Yorker, was raised in an evangelical home in Texas where her family read “My Utmost” daily and kept those practices.

In her memoir, "My Utmost", Halford explores what it means to have that kind of early evangelical upbringing, and what it means to leave it, questioning whether and what has been left with her and the value of those pieces of faith she keeps today. Her writing is beautiful, and she shows us how to explore whatever religion we met as a child and how to make sense of that as an adult.

In a quote from Chambers that closes Macy Halford’s memoir you will feel the rhythmic echo of page 164 of our Big Book, where we read, “Abandon yourself to God…clear away the wreckage of your past..”

So many years before our book, Oswald Chambers wrote to his followers:


“Leave the Irreparable Past in His hands, and step into the Irresistible Future with him.”
Posted by Diane at 10:31 AM 2 comments: